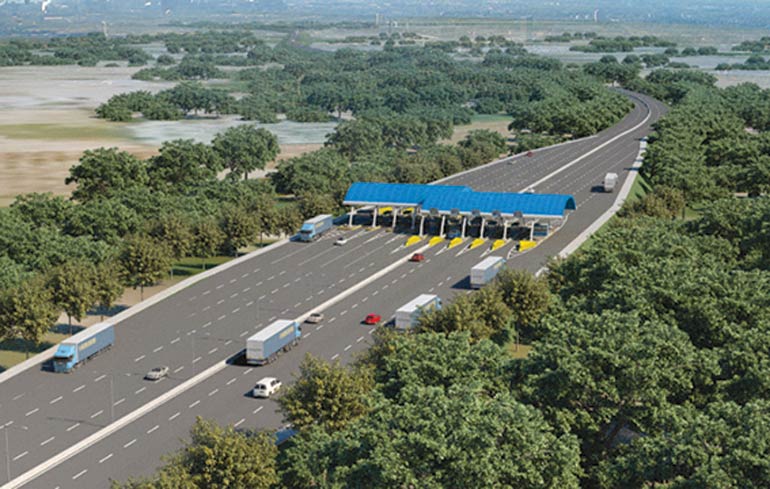 CAVITE-LAGUNA Expressway is targeted to open by July 2020.

BY: Denise A. Valdez, as seen on https://www.bworldonline.com/metro-pacific-secures-p24-billion-loan-for-cavite-laguna-expressway/?fbclid=IwAR3Fy-NI73ckptPfd-geOVrC9mBk07V9-pz6tF623AXK-QCVChM0ytNJ8gk, December 27, 2018 12:03 am

A METRO PACIFIC group unit said it has completed the funding for the Cavite-Laguna Expressway (CALAX) project and is eyeing to start commercial operations of some segments in the Laguna section as early as July next year.

“(The funding is) for the whole Laguna and Cavite (segments). There are two tranches. One is for the construction and part of the concession. The second tranche is mostly for the concession… So (the funding) covers the project cost and the concession fees,” Mr. Lizo said.

Mr. Lizo also said the first 10 kilometers of CALAX on the Laguna side is scheduled to open in July, a year earlier from schedule. He noted, however, the entrance from the Cavite side might see delays as it has not received substantial right of way from the Department of Public Works and Highways (DPWH) yet.

“Some sections ahead, some sections delayed. We’re opening Sections 6 to 8, which is from Mamplasan to Sta. Rosa, July. So that’s ahead of schedule… Cavite, admittedly delayed. Kulang pa ‘yung right of way [Right of way is still lacking],” he said when asked if the construction of CALAX is on schedule.

Based on the government’s concession agreement with MPTC unit MPCALA Holdings, Inc., the toll rate at CALAX will be P4.50 per kilometer, meaning the first three sections opening in July would have a toll fee of P45.

MPCALA Holdings President and General Manager Roberto V. Bontia said on Friday the Cavite side is targeted to start construction by first quarter next year.

“They will start hopefully first quarter of next year,” he said.

The entire 45.29-kilometer CALAX is targeted to open by July 2020. It will connect the Manila-Cavite Expressway (CAVITEx) to the South Luzon Expressway (SLEx) to reduce travel time from the two points to 45 minutes from one hour and 30 minutes.

MPTC is the tollways unit of Metro Pacific Investments Corp. (MPIC). MPIC is one of three key Philippine units of Hong-Kong based First Pacific Co. Ltd., the others being Philex Mining Corp. and PLDT, Inc. Hastings Holdings, Inc., a unit of PLDT Beneficial Trust Fund subsidiary MediaQuest Holdings, Inc., has a majority stake in BusinessWorld through the Philippine Star Group, which it controls.