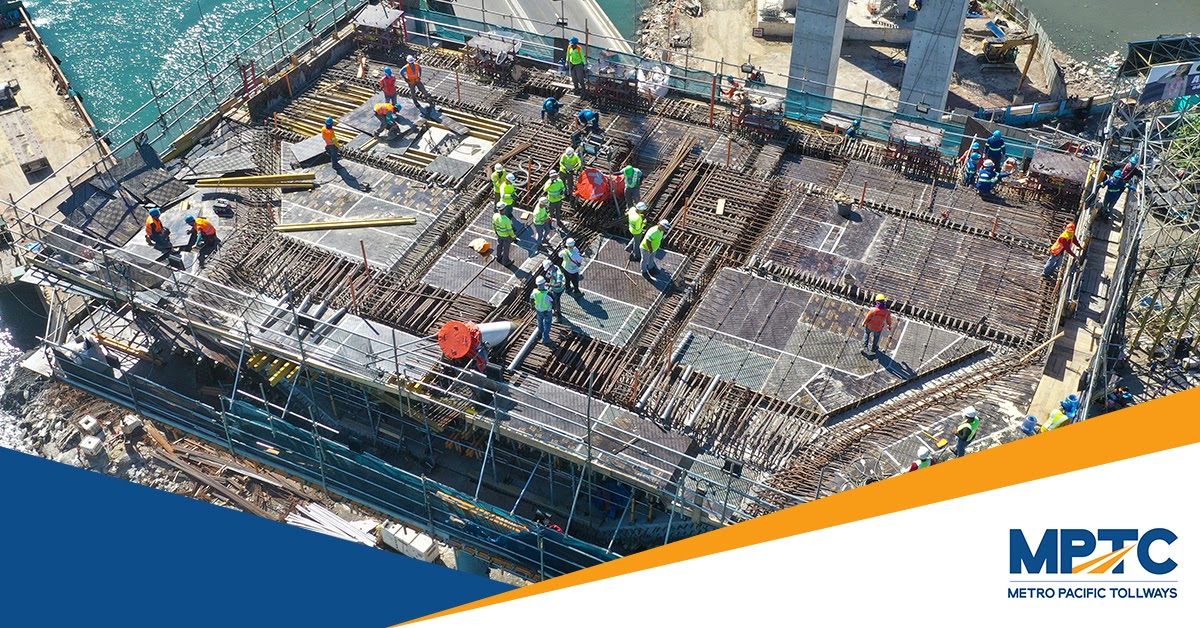 MANILA, Philippines — Metro Pacific Tollways Corp. (MPTC) is alloting more than P30 billion for capital expenditures for this year as it ramps up construction of vital infrastructure projects which are set for completion in the next two years.

Franco said the projects have the necessary financing in place.

The P30.5 billion CCLEX, which will link mainland Cebu from Cebu City to Cordova in Mactan island, is targeted for completion by next year.

The 8.5-kilometer project will have two lanes in each direction that will provide a safe, quick and scenic passage to an estimated 50,000 vehicles daily, easing the traffic in the existing Marcelo Fernan Bridge and the Mandaue-Mactan Bridge.

Also eyed for completion by next year is the eight-kilometer NLEX-SLEX Connector Road.

Once finished, the P19.6 billion connector will reduce travel time from NLEX to SLEX and vice versa from two hours to just 20 minutes, cut drive time from Clark in Pampanga to Calamba, Laguna from approximately three hours to one hour and 40 minutes, and improve connectivity between the Ninoy Aquino International Airport and Clark International Airport to the benefit of at least 35,000 vehicles per day.

Meanwhile, MPTC is looking to finish by 2023 the P52.5 billion CALAX project and the P17.2 billion CAVITEX-C5 Southlink.

The 7.8-km C5-Southlink Expressway, meanwhile, is eyed to benefit motorists coming from Cavite, Las Piñas and parts of Parañaque by having a direct access to and from C5-Taguig.

Aside from its projects in the country, MPTC, the tollway unit of infrastructure conglomerate Metro Pacific Investments Corp., also has presence abroad, particularly in Indonesia and Vietnam.

This marked the end of MPTC’s eight-year presence in the Thai tollway scene.