Business leaders in Central Visayas are bullish over the socioeconomic benefits from the operations of the Cebu-Cordova Link Expressway (CCLEX), not just for Cebu province but for the entire region.

Edward Du, governor of the Philippine Chamber of Commerce and Industry (PCCI) for Central Visayas, said the joke used to be that it was faster to travel from Dumaguete to Cebu by plane than to take a car from the Mactan airport to Cebu City.

“Flying from Dumaguete to Cebu would take only about 40 minutes, but traveling by car from the Mactan airport to Cebu City would easily be more than double that time passing through the congested Mandaue-Mactan bridge and the Marcelo Fernan Bridge,” Du said.

“Knowing Cebu, the city will bounce back and go back to normal faster than the other provinces,” Du said.

But that will all change come March 2022 when the “3rd bridge,” as the CCLEX is also known, will be inaugurated and opened to the public. The Php 30 billion CCLEX offers an alternative route to Mactan-Cebu International Airport and to the world-class resorts and beaches in Lapu-Lapu City and Cordova.

Felix Taguiam, president of the Cebu Chamber of Commerce and Industry (CCCI), declared that the CCLEX is “truly a sight to behold, and a positive force for Cebu’s economic recovery.” One no longer needs to pass by Mandaue to get from Cebu City to Cordova, saving travel distance of at least 25 kilometers.

Both local business leaders say the economic benefits that will enable Cebu to bounce back economically will undoubtedly have ripple effects that will be felt across the Visayas.

“We are happy to bring to Cebuanos this contactless and cashless payment through RFID when using our expressway as part of our vision to modernize the country’s transport sector and as part of our commitment in nation-building,” Pangilinan said.

CCLEC is a wholly owned subsidiary of MPTC, the toll road arm of Metro Pacific Investments Corporation (MPIC), which is a publicly listed infrastructure holding company and a member of the MVP Group of Companies. The 8.9-km CCLEX is the expressway giant’s first tolled roadway outside of Luzon.

Already billed as an engineering marvel, the CCLEX will have two lanes in
each direction, with Cebu South Coastal Road (CSCR) on- and off-ramps from the
main bridge connecting to the Cebu South Road Properties (SRP). The expressway,
with a design speed of 80 to 90 kilometers per hour, will serve an estimated 50,000
vehicles daily.

Du, who sits as a member of the Infrastructure Committee of the Central Visayas Regional Development Council, said that the RDC recently approved the construction of a fourth bridge linking Mandaue and Lapu-Lapu cities, following the economic benefit accruing from the CCLEX. 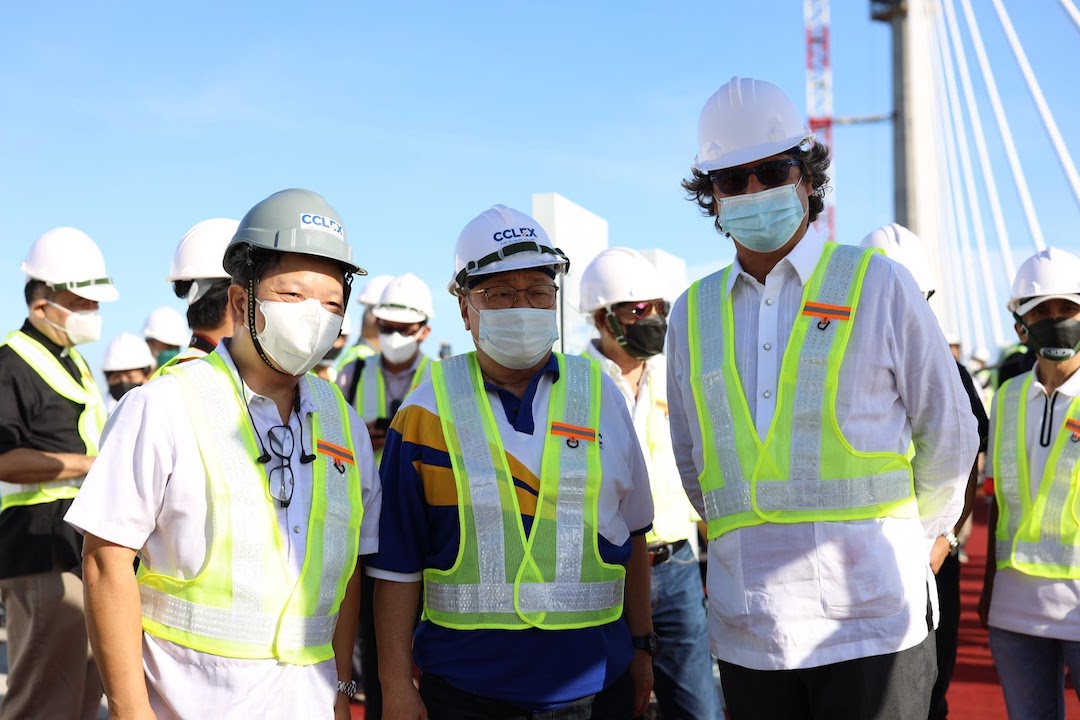