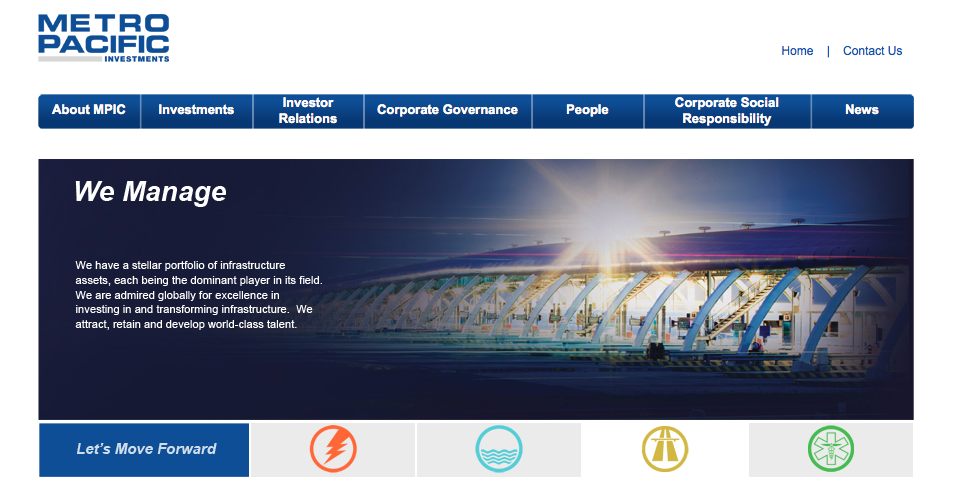 The loan is secured by a pledge over CCLEC shares and a security interest over some of the firm’s assets.

“Proceeds of the loan will be used by CCLEC to fund the construction costs and other project costs of its toll road facility linking Cebu and Cordova with a cable-stayed bridge as part of the facility,” the disclosure said.

“The toll road facility will be utilizing an open system once it starts commercial operations sometime in 2021.”

The total project cost of the 8.5-kilometer Cebu-Cordova Link Expressway (CCLEx), MPIC’s first domestic project outside Luzon, is estimated at P26 billion. It will be the third bridge linking Cebu City to the municipality of Cordova in Mactan Island, where Cebu’s international airport and major beach resorts are located.

CCLEx will have two lanes in each direction and feature the main navigation span bridge, along with viaduct approach bridges, a causeway, roadway and toll facilities. The span of the bridge allows for shipping traffic and is expected to serve at least 40,000 vehicles daily.

By opening a direct access to Cebu City via Cordova, the new toll bridge is seen to decongest the traffic in the two existing bridges between Mactan and Cebu. An earlier study by the Japan International Cooperation Agency estimated that Metro Cebu loses around P1.1 billion per day due to traffic jams.

CCLEC will build, operate and maintain the toll bridge through a joint venture agreement with the local governments of Cebu City and Cordova municipality.

A construction and engineering consortium formed by the Consunji, Lopez and Spain-based Acciona Construccion S.A. bagged the design and build contract for this bridge. CCLEC has issued the notice of award to Cebu Link Joint Venture at an agreed contract amount of P22.6 billion.