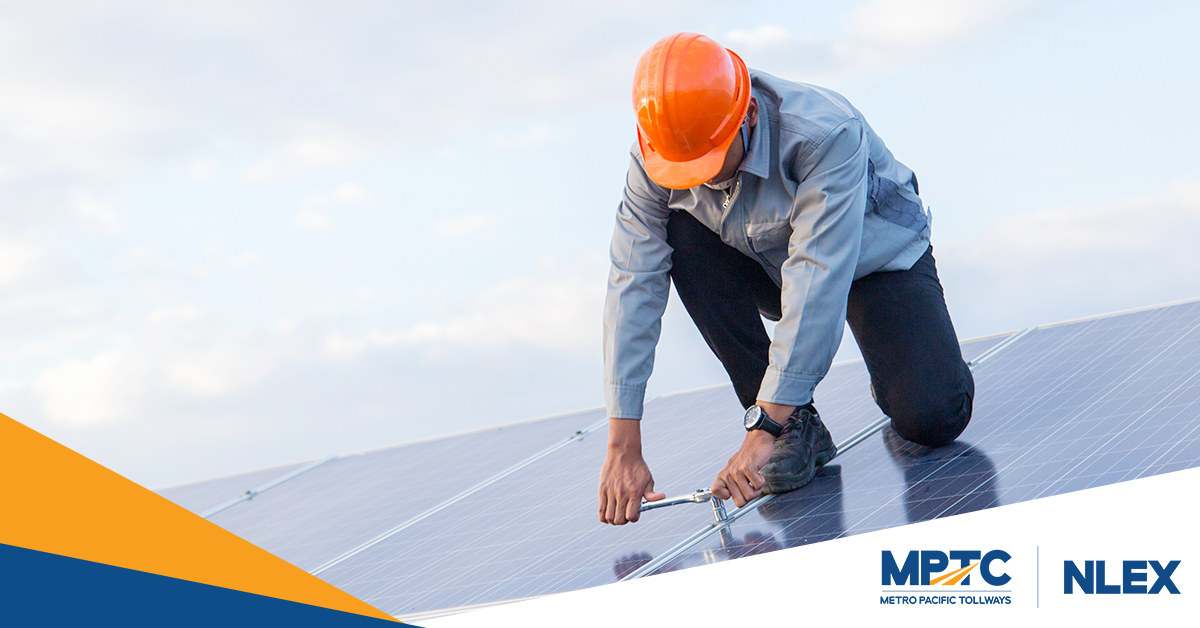 NLEX said the Meycauayan Southbound Toll Plaza, which was the pilot area of the project last year, is now operational.

The solar power project for toll plazas is targeted for completion by the end of the year.

“We have since incorporated sustainable energy in our business operations as we already have solar-powered devices such as closed-circuit television (CCTV) cameras, emergency call boxes and roadway lighting. This time, we’re implementing it in our toll plazas not only to generate energy savings, but also more importantly, to lessen our carbon footprint,” NLEX president and general manager Luigi Bautista said.

Through the solar power project for toll plazas, NLEX aims to improve energy efficiency, contribute to cleaner air and reduce carbon emissions along the expressway.

Solar power is usable energy produced by collecting sunlight and converting it into electricity through photovoltaic cells or solar cells.

“We are aware of the impact of infrastructure development on climate change. As an ISO 14001:2015 (Environmental Management System) certified company, the NLEX Corp. strives to encourage green practices and comply with environmental responsibilities,” Bautista said.

The solar power project is estimated to produce more than 430 kilowatt hours of electricity annually, which is equivalent to 108 tons of recycled wastes and more than 5,000 tree seedlings grown for 10 years.

Aside from the solar power program for toll plazas, NLEX is implementing P7.7 billion worth of projects to help alleviate traffic congestion in Metro Manila and key areas of the NLEX-SCTEX network.

The projects under construction include new interchanges, bridges, and expressway lanes.

NLEX is part of the portfolio of projects of MPTC, the tollways arm of infrastructure conglomerate Metro Pacific Investment Corp.